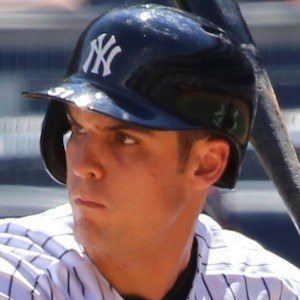 First baseman drafted by the New York Yankees in the 2011 MLB Draft who was initially drafted as a catcher. He got his first hit during his Yankees debut and hit two homeruns in one game four days after making his debut.

He was a named a Colorado Gatorade Baseball Player of the Year in high school before committing to the University of Arkansas to play college baseball.

He finished his first year with the Yankees with a perfect fielding percentage.

Born in Memphis, TN, he moved to Colorado when he was 10 years old.

He was brought up by the Yankees to back up Mark Teixeira.

Greg Bird Is A Member Of