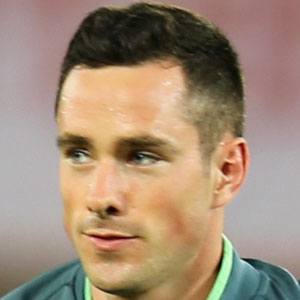 Left back and midfielder who made his senior career debut in 2010 for Manchester City and joined Ireland's national team the same year. He'd later join Bristol City from 2012 until 2015, and then Preston North End from 2015 until 2018. In 2018, he signed with Cardiff City.

After a few years at Manchester City where he was mostly on loan he signed a four-year contract with Bristol City on July 5, 2012.

He was born in Galway, Ireland, though he moved to England for his career.

His Premier League debut came when he was substituted for Adam Johnson.

Greg Cunningham Is A Member Of