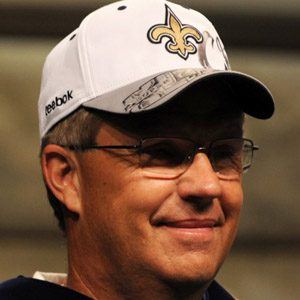 NFL coach best known as the defensive coordinator for teams like the Washington Redskins and New Orleans Saints. He was suspended in 2012 for his involvement in the so-called "Bountygate" scandal while with the Saints.

He was a head coach at Missouri's Belton High School.

He admitted to his role in the "Bountygate" scandal, in which Saints players received money for targeting specific players on opposing teams for injury.

His son Chase has played football at Virginia Tech University.

He and Saints head coach Sean Payton were both suspended as a result of "Bountygate".

Gregg Williams Is A Member Of