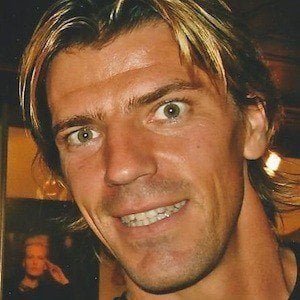 Former soccer goalkeeper who appeared in 370 games for Lyon, leading them to seven consecutive Ligue 1 championships in the 2000s.

He played his youth soccer with Olympique Le Puy but made his professional debut with Saint-Etienne, appearing in 88 games over four seasons with the club.

He had nearly three dozen appearances with the French national team, but was never quite able to to establish himself as the country's number one goalie.

To the surprise of many, Fabien Barthez was chosen over him to be France's starting goalie in the 2006 FIFA World Cup, which they ultimately lost to Italy.

Gregory Coupet Is A Member Of