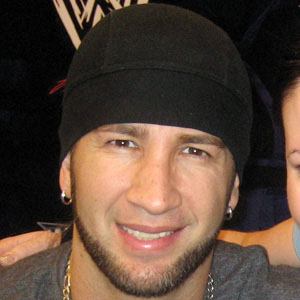 Light-heavyweight wrestler best known for competing in the WWE as The Hurricane and as Sugar Shane Helms in the WCW.

He started wresting in the Southern Wrestling Alliance at age 16.

He was a two-time Cruiserweight Champion, a European Champion and Hardcore Champion during his time in the WWE.

He is in a relationship with longtime girlfriend Karen Blalock; they have two sons together.

He and fellow WWE wrestler Kane won a World Tag Team Championship together.

Gregory Helms Is A Member Of