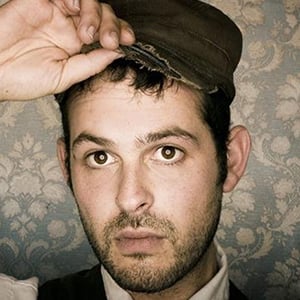 Folk singer who released an album with The Colorado Symphony in 2016 and then toured the country with them. He has more than 100,000 followers on his Instagram account.

He moved to Philadelphia at a young age and began touring with a band at the age of 16.

His song "Big Black Car" from the album This Empty Northern Hemisphere was featured in a 2012 McDonald's commercial.

He came from a family of five that shared a one bedroom apartment in the suburbs of Philadelphia. His dad was an electronic engineer.

He and Jeff Buckley have both covered Leonard Cohen.

Gregory Alan Isakov Is A Member Of