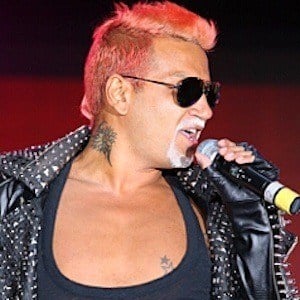 Pop-folk singer known for his flamboyant stage personality who earned numerous "New Folk" annual awards between 2001 and 2011 with the release of 11 studio albums between 1999 and 2014. Alongside Mariana Popova, he performed the song "Let me Cry" for the 2006 Eurovision song contest, reaching the semi-finals. In 2020, he rebranded his look, going for more masculinity, and released his first English-language song, "Who Cares."

He moved with his family to Germany after communism fell in Bulgaria.

He competed in the VIP Brother 2 edition of Big Brother Bulgaria, but left the house voluntarily in less than 20 days. He hosted a show called Azis' Late Night Show in 2008. He unsuccessfully ran in the 2005 Bulgarian parliamentary election as a member of the EuroRoma party.

He was born Vasil Troyanov Boyanov in Bulgaria, but his brother Ryan and sister Matilda were born in Germany. He married Nikolay Petrov Parvanov in 2006. The couple welcomed a child named Raya with their longtime friend, Gala.

Azis Is A Member Of