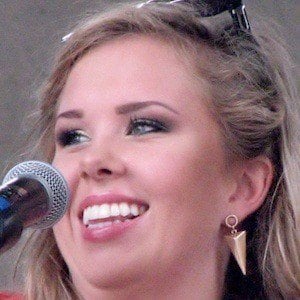 Estonian singer who finished as the runner-up at the 2013 edition of Eesti Laul, the contest which determines which singer represents Estonia at the annual Eurovision Song Contest. She returned to the contest in 2016.

She went to school at Kuressaare Gymnasium.

Despite placing sixth with the judges, she was allowed to advance to the final of Eesti Laul 2013 by placing first in the public vote.

She was born on the island of Saaremaa.

She narrowly lost out to Birgit Oigemeel at Eesti Laul.

Grete Paia Is A Member Of