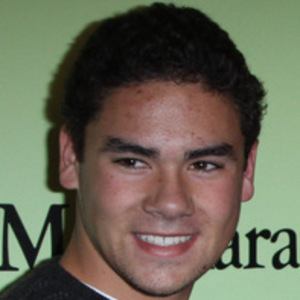 Nascar driver most well known as the older brother of singer and Oscar-nominated actress Hailee Steinfeld.

After he and his father began racing in modest desert races, he turned his sights to stock car racing in 2013.

His parents, Cheri and Peter, are an interior designer and fitness trainer respectively. His uncle, Jake, is a well known fitness trainer and his cousin, True, is an actress.

His sister stars in the 2015 musical comedy Pitch Perfect 2 alongside Anna Kendrick and Rebel Wilson.

Griffin Steinfeld Is A Member Of