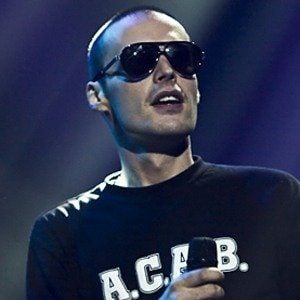 Russian rapper best known as the co-founder of the group Centr and the creative mind behind solo releases like 2014's 4:20. He is also the founder of the labels CAO Records and ZM Nation.

He got his start in hip-hop as a member of the group Rolexx in 2000.

He won the Russian Street Award for Artist of the Year in 2010.

His real name is Aleksey Sergeevich Dolmatov. He was married to singer Aiza Dolmatova from 2008 to 2013. He has a son named Sami.

He released a collaborative album with Basta called Basta/Guf in 2010.

Guf Is A Member Of