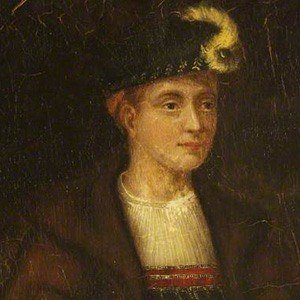 Royal prince and husband of Lady Jane Grey who engineered her brief succession to the throne in 1553 before they were both executed by Queen Mary for high treason.

He received a solid education in humanities.

His grandfather, Edmund Dudley, also fell victim to the vagaries of the royal court, getting executed after the death of his master King Henry VII.

It was said that he etched the name Jane - his wife's - in the walls of the dungeon where he was held.

His wife, Lady Jane Grey, was a tragic figure that lived on in the writings of many famous authors, including Mark Twain.

Guildford Dudley Is A Member Of