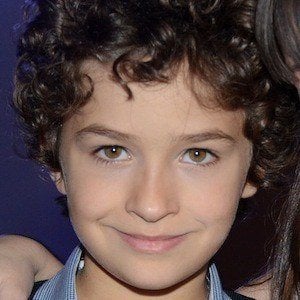 Best known for his career in Brazilian TV and film. He has gained particular renown for his work on the child telenovela Carrossel as Davi Rabinovich.

He earned his first professional acting credit on the TV series Uma Rosa com Amor in 2010. He appeared in a minor role.

In 2012, he appeared in the films Boca and Thomás Tristonho. In 2015, he starred in the film Carrossel: The Movie, which was based off of the TV show of the same name.

He was born and raised in Sao Paolo, Brazil.

He appeared on the telenovela Carrossel alongside Lucas Santos.

Guilherme Seta Is A Member Of