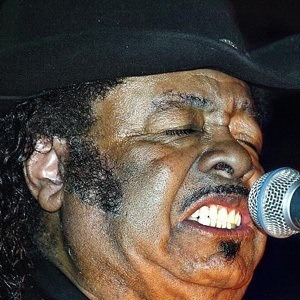 He joined the Ray Charles Band for a year after making his way up in the club scene.

His first album was On the Rampage.

He was raised by his grandmother in Kissimmee, Florida and learned how to play the guitar from his uncle.

He has performed with the likes of Little Richard.

Guitar Shorty Is A Member Of