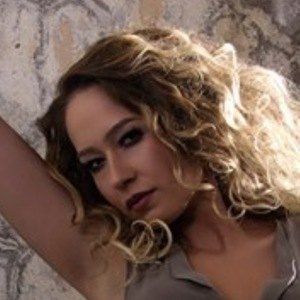 Turkish singer who is known for her Pop, R&B, and Rock styles of music. She is best recognized for her hit singles "My Only Love" in 2015 and her 2007 single "Love Gum". She is also known for sharing modeling and promotional content through Instagram for her over 190,000 followers.

She began by studying piano at the age of 8 at Pera Fine Arts Academy. She then started studying modern dance at MSGSU State Conservatory. Her singing career began when she joined the group All in 2005. After releasing multiple albums with the group, she chose to pursue a solo career in music in 2011.

She has earned representation from several music companies including Stardium, European Music, and Arpege Production. She is also known for having played at the Kusadasi Cenclik Festival in 2018.

She was a singer in the All music group alongside fellow singer and actress Yasemin Yuruk.

Gulcin Ergul Is A Member Of