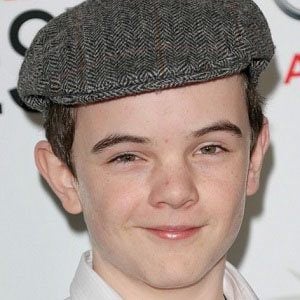 Famous for his Young Artist Award-nominated role in the 2012 comedic horror film Dark Shadows. He is also notable for his portrayal of Tad Lincoln in the 2012 Steven Spielberg feature Lincoln and as Jonah in the 2016 film Boys in the Trees.

Early in his acting career, he appeared in a 2008 episode of the Australian series Rush and in a Melbourne Theatre Company staging of the play Poor Boy.

In the 2014 film The Voices, he was cast as the younger version of Ryan Reynolds' character.

The son of Heidi and Craig Chapman, he spent his earliest days in Melbourne, Australia, and the bulk of his childhood in Birmingham, England. His younger siblings, Winta and Zen, also pursued acting careers.

He and Emily Mortimer were both in the cast of the 3D Martin Scorsese feature Hugo.

Gulliver McGrath Is A Member Of