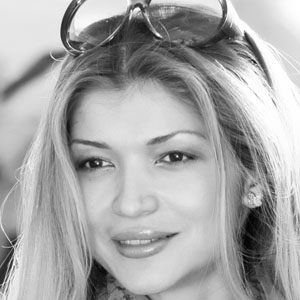 Uzbekistani woman most famous for being the daughter of Uzbekistan's President, Islam Karimov. She is the founder of the Forum of Culture and Arts of Uzbekistan Foundations Board of Trustees.

She attended Tashkent State University from 1989 to 1994 and worked as a professional translator.

She has released music under the name Googoosha, debuting in 2006 with the song "Unutma Meni."

She was previously married to Afghan-American businessman Mansur Maqsudi.

Her father, Islam Karimov, was elected as the first President of Uzbekistan in 1991.

Gulnara Karimova Is A Member Of