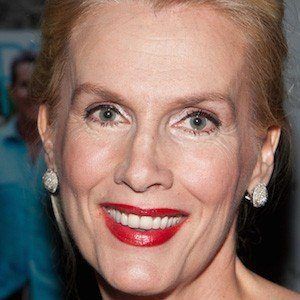 Model and television personality who became known throughout the 1980s modeling for magazines like Germany's Bazaar and La Perla lingerie. She is best known for her appearance in the long-running series Svenska Hollywoodfruar and it's predecessor Svenska New York-fruar. She also starred in her own reality series Gunilla Tycker Till in 2015.

She earned a small role in the soap opera Dallas during the 1980s while she was living in Dallas, Texas.

She appears alongside Maria Montazami and Britt Ekland in Svenska Hollywoodfruar.

Gunilla Persson Is A Member Of