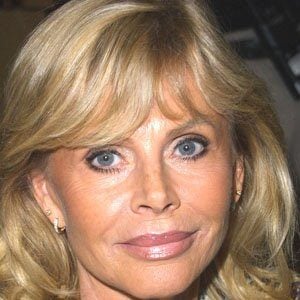 Swedish Bond girl who dated Rod Stewart and married Peter Sellers. Her major films include 1974's The Man with the Golden Gun and 1967's The Double Man.

She attended drama school and then joined a traveling theater group.

She played the character Willow in the 1973 horror film The Wicker Man.

She was married to Peter Sellers from 1964 to 1968. She has two sons named Nikolaj and TJ.

She had a supporting role alongside Michael Caine in the 1971 thriller Get Carter.

Britt Ekland Is A Member Of