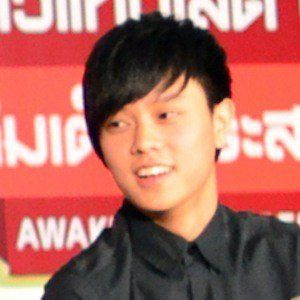 Thai television star who made a name for himself playing Tar in the 2013 drama Hormones. He would go on to earn leading roles in ThirTEEN Terrors, Guiding Light: Smile, and Love Songs Love Series.

He first made his acting debut in the 2011 feature film SuckSeed: Huay Khan Thep.

Outside his acting roles, he appeared in the 2012 documentary Mother.

Born in Thailand, he has studied at Srinakharinwirot University and Mahidol University.

Both he and Pea Trilertvichien acted in the series ThirTEEN Terrors.

Gunn Junhavat Is A Member Of