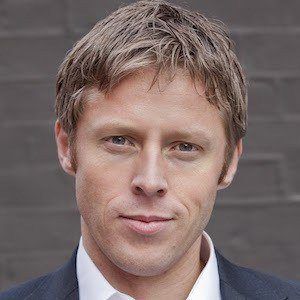 Famous for his record-breaking travels, Garfors documented his experiences in a 2014 book titled 198 - My Journey to Every Country in the World. Also a business executive, he headed the International DMB Advancement Group and worked as a consultant for the Norwegian Broadcasting Corporation.

After graduating from England's Falmouth College of Arts, he earned a master's degree from the Norwegian School of Management. In his early adulthood years, he played soccer for a number of Norwegian football clubs.

In 2012, he and fellow traveler Adrian Butterworth set a Guinness World Record by traveling to five different continents over the course of one day.

He and his six younger siblings grew up in Naustdal, Norway as the children of Ruth Berit Stensletten Garfors and Reidar Magne Garfors.

He and the web star known as "Alexthespeaker" both became known for their extensive travels.

Gunnar Garfors Is A Member Of