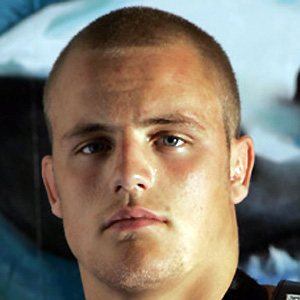 MMA fighter from Iceland who who signed with the Ultimate Fighting Championship in 2012. He has been ranked #9 in the official UFC Welterweight rankings.

Playing soccer and ice hockey from his youth, he began training in karate at age 13, and quickly started winning championships.

After earning his black belt in Brazilian Jiu-Jitsu from Renzo Gracie, he began winning medals in international IBJJF competitions.

His father, Haraldur Dean Nelson, has served as his manager. His mother's name is Guðrún. He has a younger sister named Maria.

He defeated Jorge Santiago via unanimous decision on February 16, 2013.

Gunnar Nelson Is A Member Of