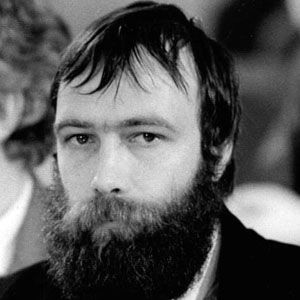 German politician who was involved in the 1989 democracy movement, which led to the fall of the Berlin Wall. He was a member of the German Bundestag from 1998 to 2005 hand was also the spokesperson for cultural and media affairs.

He studied Physics at the University of Leipzig from 1980 to 1985, and worked as a research assistant at the industrial hygiene inspectorate in Cottbus from 1985 to 1990.

He became a member of Chancellor Angela Merkel's cabinet in the position of Federal Government Commissioner for Human Rights Policy and Humanitarian Aid in 2006.

He married sociologist, Maria Nooke, and the couple has three children.

He became a member of Angela Merkel's cabinet in 2006.

Gunter Nooke Is A Member Of