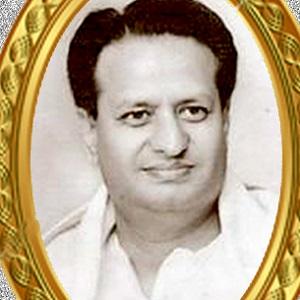 Telugu poet and writer whose 1994 series of essays entitled Kaala Rekha won the Sahitya Akademi Award in Telugu literature. He published over 50 pieces of writing across his celebrated career.

He earned a BA in Literature from Andhra University, then went on to receive a degree in Law from Madras University.

He was nominated for the 2004 Nobel Prize in Literature for his poem "My Country, My People."

He had four children, Vasundhara, Revathi, Vanamaali, and Saatyaki, with his wife Janaki.

He was the second Indian writer after Rabindranath Tagore to be nominated for the Nobel Prize in Literature.

Gunturu Seshendra Sarma Is A Member Of