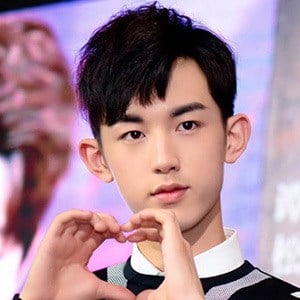 Well known for his main role in the Chinese drama Accidentally in Love, Guo would go on to land another main role in the series Growing Pain. Throughout his career, he has appeared in five different TV series'.

He majored in performing arts at Beijing Film Academy. He made his debut in 2015 in the series Go Princess Go.

He was a guest-star in an episode of Fresh Sunday in 2016, as well as a couple of episodes of 72 Floors of Mystery in 2017. He has become popular on Instagram, with his guo_junchen account earning a following of over 460,000 fans.

He is also known as Fiction Guo.

He stars alongside Sun Yi Ning in Accidentally in Love.

Guo Junchen Is A Member Of