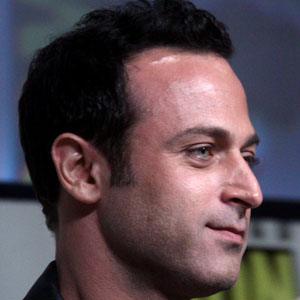 Israeli-American actor who has appeared in Munich and The Twilight Saga: Breaking Dawn Part 2.

His father was murdered when he was a baby and he and his mother relocated to Montreal, then to New York City and finally to Los Angeles.

He was asked to play his father Moshe Weinberg in the 2005 film, Munich, a dramatization of the 1972 Black September attack in which Moshe lost his life.

He married actress Tammy Lauren in 1997.

He appeared in The Twilight Saga: Breaking Dawn Part 2, which starred Robert Pattinson.

Guri Weinberg Is A Member Of