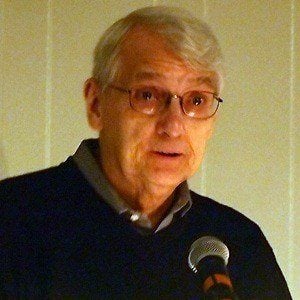 An American writer and professor, he is best known for his novel Divine Right's Trip (1972), which focuses on the awakening of a hippie stoner. His other works include Kinfolks: The Wilgus Stories (1977) and Ancient Creek: A Folktale (2012).

He spent two years in the U.S. Army and subsequently worked as a newspaper reporter.

He worked for the U.S. Forest Service in the Cascade Mountains of Oregon.

He grew up in the Appalachian town of Grundy, Virginia. He later married Nyoka Hawkins.

He and John Masefield were both poet laureates.

Gurney Norman Is A Member Of