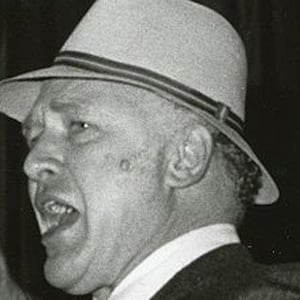 American counterculture author best known for his novels One Flew Over the Cuckoo's Nest, Sometimes a Great Notion, and Demon Box. He was a key member of the psychedelic literary collective known as the Merry Pranksters.

He was a champion wrestler in his high school and college days in Oregon; his Olympic dreams were crushed only by a serious shoulder injury. His other youthful hobbies included hypnotism and ventriloquism.

He wrote and performed in a musical called Twister: A Ritual Reality.

He was born in Colorado to Frederick and Geneva Kesey, and he moved with his family to Oregon when he was eleven years old. He married Norma Faye Haxby in 1956. He had two sons, Jed and Zane, and two daughters, Shannon and Sunshine.

The film adaptation of Kesey's famous work, One Flew Over the Cuckoo's Nest, led to an Oscar for actor Jack Nicholson.

Ken Kesey Is A Member Of