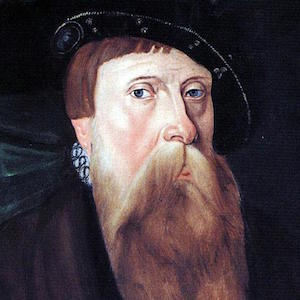 Gustav I of Sweden

King of Sweden from 1523 until his death in 1560 who led the rebel movement following an event known as the Stockholm Bloodbath. He helped end Medieval Sweden's elective monarchy in favor of hereditary monarchy.

He had previously served as Protector of the Realm during the Swedish War of Liberation.

He was featured in a number of paintings during his reign that have since been lost, but recreated in watercolor.

He was born Gustav Eriksson in the Vasa noble family. His father was Erik Johansson Vasa and his mother was Cecilia Månsdotter Eka. He married three times.

He served as King of Sweden like Gustav III after him.

Gustav I of Sweden Popularity

Gustav I of Sweden Is A Member Of