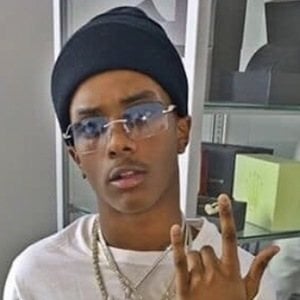 Instagram star known for comedy videos and original sketches. He was featured on the Ayo.Eisha diss track to Pyt.Ny that has earned several million views on YouTube.

His first Instagram post was on May 12, 2018, and was a photo of him and a friend. The caption read "Hey new followers!"

He has multiple tattoos, including a large paw print on his left thigh.

He has two sisters and brother. His mother often appears in his videos.

GuttaKay Is A Member Of