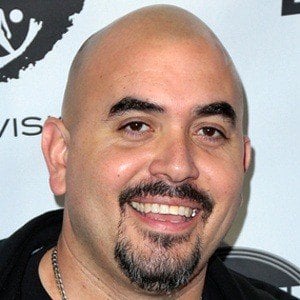 Actor who is widely known for often playing Los Angeles-area gangsters in film. He has earned particular popularity for his roles in the Fast & Furious franchise as Hector, as well as Training Day opposite Academy Award-winner Denzel Washington.

He earned his first on-screen credit in 1999 for his work on the TV series Get Real.

He appeared as a prisoner in the 2012 film The Dark Knight Rises. He has also appeared as the recurring character Hector in the TV series Fresh Off the Boat.

He was born and raised in Santa Monica, California.

He has appeared alongside star Corey Hawkins on the Training Day TV series.

The Fast and the Furious
Filly Brown
Hood of Horror