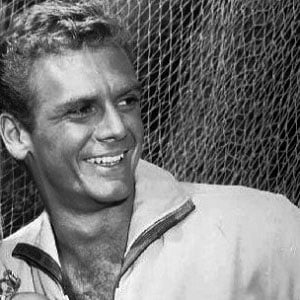 American actor who played roles in 30 movies and 250 episodes of television series throughout his career including the series The Roaring 20s and the film Beau Geste in 1966.

He grew up in Hollywood and played one of his first roles as Chris Parker on the series Adventures in Paradise in 1961.

He married and divorced three times and had three children: Kerry, Doug and Victoria.

He appeared alongside Gardner McKay in the television series Adventures in Paradise.

Guy Stockwell Is A Member Of