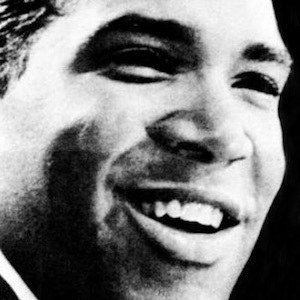 Host of the 1975 CBS game show, "Musical Chairs," and the first African American host of a TV show.

He was divided in his attentions as a young man, working in a lab for polio research and recording music.

He was also involved in drama and starred on stage in "The Color Purple" and in "Shaft" and "Kojak" on screen.

He married Kay in 1956 and they had three children together: Sheldon, Patrice, and Michael; the couple divorced in 1973.

He also starred in "Gordon's War" with Paul Winfield.

Adam Wade Is A Member Of