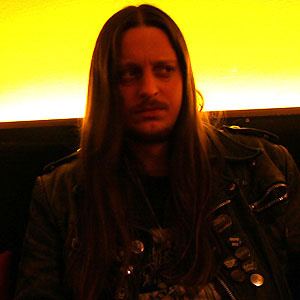 Nicknamed Fenriz, he is the drummer for the metal rock band Darkthrone. He also has projects called Isengard, Neptune Towers, and Red Planet.

He was in a band called Black Death and was inspired to play after listening to Sweet Freedom by Uriah Heep.

He was featured in the documentary film Until the Light Takes Us.

He was born in Kolbotn and moved to Oslo.

He was influenced by Jim Morrison.

Gylve Fenris Nagell Is A Member Of