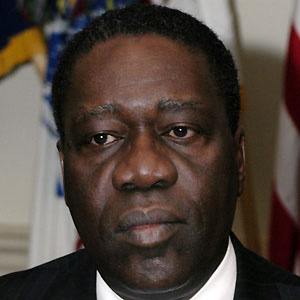 Liberian politician and businessman who served as the Chairman of the Transitional Government of Liberia from 2003 to 2006, following the country's second civil war.

He was strictly a businessman before serving as Chairman.

He was charged with embezzlement in 2007 and was alleged to have embezzled over a million dollars but was later acquitted of all charges.

He married Rosilee Williams and they had three children together.

He and Tammy Faye Baker were both accused of embezzlement.

Gyude Bryant Is A Member Of