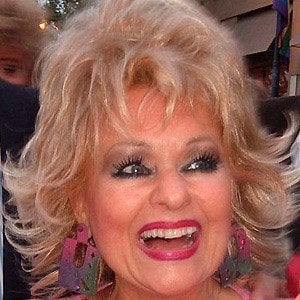 Christian singer and televangelist who co-hosted the popular PTL Club show with her husband from 1976 until 1987. She was forced to leave PTL after revelations that $287,000 had been paid from the organization to buy the silence of a woman, who claimed her husband, Jim Bakker, had raped her.

She was spoiled by her favorite aunt, a former department store manager who gave her her first job.

In a move that sharply distinguished her from other televangelists, she showed a more tolerant attitude regarding homosexuality, and she featured people suffering from AIDS on PTL.

Tammy Faye Bakker Is A Member Of