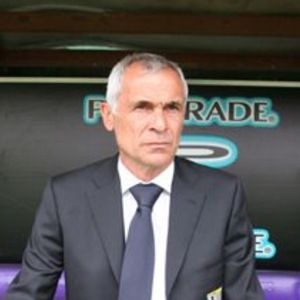 Veteran soccer manager who has managed teams like Valencia CF, Orduspor and the Egyptian national team during his multi-decade career. Additionally, he is a former centre back who represented Argentina internationally.

He began his playing career with Ferro Carril Oeste in 1976.

He was named 2017's CAF Coach of the Year for helping Egypt gain entry into their first FIFA World Cup since 1990.

He and Jorge Valdano have both served as the manager of Valencia.

Héctor Cúper Is A Member Of