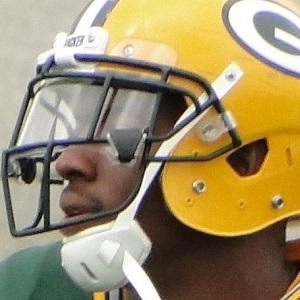 Safety who was selected 21st overall in the 2014 NFL Draft by the Green Bay Packers. In 2018, he was traded to the Washington Redskins in exchange for a 4th round pick. He was a two-time BCS National Champion as a member of the Alabama Crimson Tide and also earned First-Team All-SEC honors and Consensus All-American honors in 2013.

He was a five star recruit and the number 1 ranked defensive back coming out of Dr. Phillips High School in Orlando, Florida.

He recorded at least 100 tackles in each of his first two seasons with the Packers, leading the team in 2015.

His real name is Ha'Sean. His mother is named Nicole and he has a sister named Dominique.

He played alongside star linebacker C.J. Mosley at Alabama and both players were selected in the first round of the 2014 NFL Draft.

Ha Ha Clinton-Dix Is A Member Of