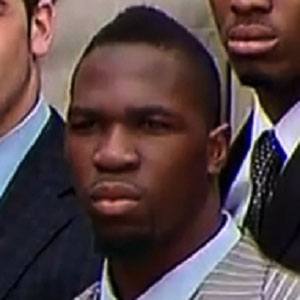 Linebacker who was selected 17th overall in the 2014 NFL Draft by the Baltimore Ravens. He received the Butkus Award for the NCAA's top linebacker in 2013, while leading the University of Alabama defense.

While playing linebacker at Theodore High School in Alabama, he became the school's all-time leading tackler.

He helped lead the University of Alabama to back-to-back BCS National Championships in 2012 and 2013.

He was born and raised in Theodore, Alabama. His brother Jamey also played football for Alabama.

He played under head coach Nick Saban during his career at Alabama.

CJ Mosley Is A Member Of