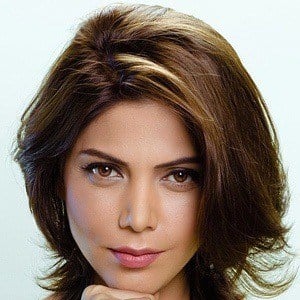 Award-winning singer-songwriter who began her career in the 1990s as a playback singer. She has since released several successful albums and become known for popular singles like "Hona tha Pyar," "Boohey Barian," and "Jaanan."

When she was a child, her mother noticed her musical skill and enrolled her in the Pakistan National Council of the Arts. She would go on to represent her nation in numerous international children's festivals. Into adulthood, she would then earn a bachelor's and master's in psychology.

In 2013, she served as a judge on the reality competition series Pakistan Idol.

She was born the youngest of three under her brother, Irfan, and sister, Sasha. Her father died when she was three and her mother, poet Khawar Kiani, was paralyzed in 2006. She adopted a son in 2005. She was married to businessman Syed Fareed Sarwary until their divorce in 2008.

Hadiqa Kiani Is A Member Of