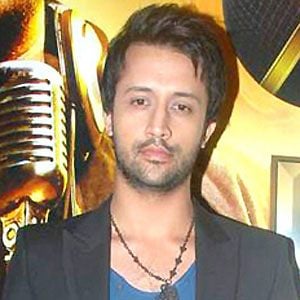 Pakistani pop singer who has had numerous #1 hits like "Tere bin" and "Pehli nazar mein." He makes cameos in Bollywood films and his first movie was Bol.

His debut album had the hit single "Aadat." He got his bachelor's degree at Punjab College Lahore.

He received the Tamgha-e-Imtiaz Award, one of the highest honors conferred on civilians in Pakistan, and he was the youngest to receive it.

He was the youngest of three brothers born into a middle class Muslim family. He married Sarah Bharwana in 2013. He and Sarah welcomed a son named Ahad in 2014.

He is an avid cricket fan and grew up watching Imran Khan and the Pakistani cricket team compete internationally.

Atif Aslam Is A Member Of