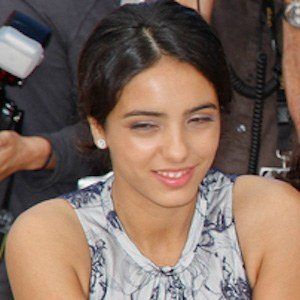 Perhaps most well known for her Cesar Award and Marcello Mastroianni Award-winning portrayal of Rym in the 2007 film The Secret of the Grain, she is also notable for her starring roles in, among other films, Dawn of the World (2008); The King of Escape (2009); House of Tolerance (2011); and Certifiee Halal (2014).

She made her screen acting debut in a 2002 TV movie titled Notes sur le Rire.

She wrote, directed, and starred in the short film Le Rodba (2010).

Born to a family of both Tunisian and Algerian descent, she and her five siblings spent their early days in Manosque, France.

She co-starred with Francis Huster in the 2008 French movie A Man and His Dog.

Hafsia Herzi Is A Member Of