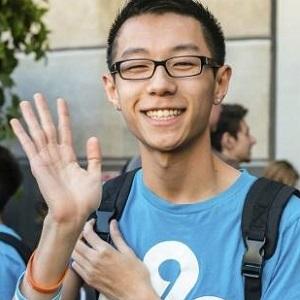 Major league gamer who has been on numerous teams including Orbit Gaming, Quantic Gaming, Cloud 9, and Team Curse. He joined Cloud 9 as their mid laner in May of 2013, his second term with the team.

He joined his first team, nFear Gaming, in April of 2012, only staying with them for a month. He previously partook in Warcraft III custom games and League of Legends clubs.

He earned an enormous audience on Twitch to his hail9 account. He has also accumulated over 90,000 followers on Facebook.

He was born in Grand Rapids, Michigan and grew up in Grandville with a younger sister. He is 3/4 Chinese and 1/4 Vietnamese.

He had the opportunity to meet DJ Marshmallo and got VIP tickets to his concert.

Hai Lam Is A Member Of