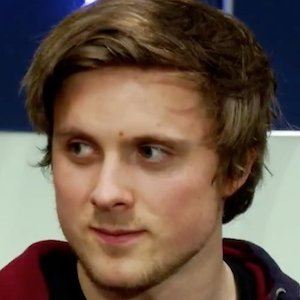 Competitive gamer and full-time Twitch streamer with an account called forsen who is best known for playing the game Hearthstone. He has accumulated more than 1.6 million Twitch followers on his way to becoming a Top 75 most followed Twitch streamer. He interacts with his fans on Twitter, where his following has grown to over 160,000.

He was previously a StarCraft II gamer. He reached the final group stage at the DreamHack Stockholm 2012 tournament.

He won the HTC Invitational in May of 2015 and won lesser tournaments called Challengestone #3 and GEICO Brawl #1, also in 2015. In 2014, he was a member of the team ManaGrind.

He is a Swedish gamer whose real name is Sebastian Fors.

Some of his popular streams on Twitch come from the game Counter-Strike.

Forsen Is A Member Of