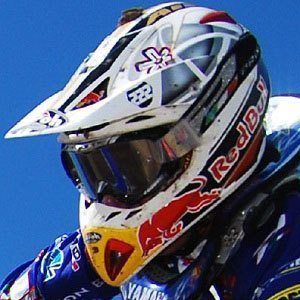 He was born in Patti, Sicily and began his Grand Prix career riding a Yamaha in 2002.

He has been in a relationship with Jill Cox. His parents are Benedetto and Paola Cairoli.

He and Belgium's Stefan Everts are both multiple-time MX1 World Champions.

Tony Cairoli Is A Member Of