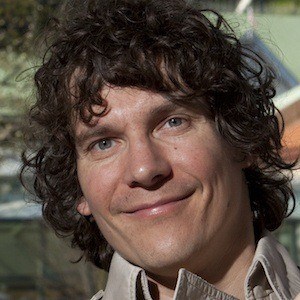 Swedish pop singer and musician who first rose to fame as a drummer for the indie band Broder Daniel. However, he eventually embarked on a solo career and earned his breakthrough with the hit single and album "Känn ingen sorg för mig Göteborg."

Beginning his career in 1988, he played drums with Broder Daniel until 1994. He then spent short time playing in Honey Is Cool until rejoining Broder Daniel. He was with them until he focused completely on his solo career in 2003.

He made Swedish music history in 2014 after performing to a record audience at Ullevi Arena in his hometown of Gothenburg.

He has one brother named Tomas. After the birth of his son, Sigge Mio Hellström, he went on a hiatus from both touring and recording to focus on his family.

Both he and Andreas Lundstedt are incredibly popular singers from Sweden.

Hakan Hellström Is A Member Of