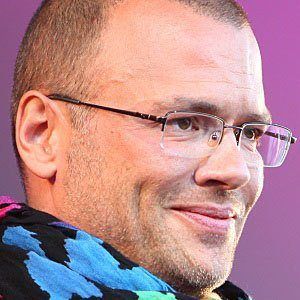 Swedish pop singer, songwriter, and choreographer who was a founding member of Alcazar, a popular Eurodance band. His hit songs include "Crying at the Discotheque" and "This Is the World We Live In."

He performed with the band Six4one in the 2006 Eurovision Song Contest.

He grew up in Uppsala, Sweden and began participating in vocal competitions at a young age.

He and Per Gessle both had prominent careers as Swedish pop singers.

Andreas Lundstedt Is A Member Of