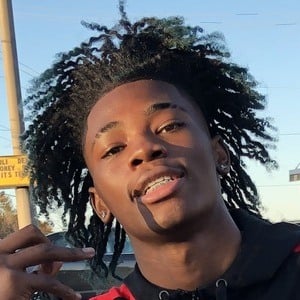 Social media star who is famous for his yourfav0ritetrinidad Instagram account. He has gained massive popularity for his original dancing and lip-syncing vignettes often made with Dubsmash.

He has seen his Instagram account grow to boast more than 750,000 followers. He has posted multiple selfies and photos of his hair getting done.

He's been based in Atlanta, Georgia. He's often pictured with Eisha Hickson. He has dated a girl named Vicky. In December 2020, he featured his boyfriend Cortlin in a boyfriend tag video on his YouTube channel, but they broke up in 2021.

He and Jhacari Blunt have collaborated on Instagram. He made a song with Brooklyn Queen called "Cowboy Slide."

Hakeem Newkirk Is A Member Of