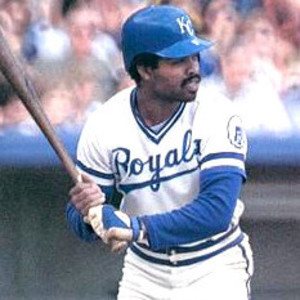 Three-time MLB All-Star who played designated hitter for much of his 23-year career.

He was selected in the very first year that Major League Baseball conducted its annual draft in 1965.

He managed the Kansas City Royals for parts of four seasons after playing for the team for 15 years.

His son Brian starred for several years as an MLB outfielder.

He lost the 1976 batting title on the final day of the regular season to his teammate, third baseman George Brett.

Hal McRae Is A Member Of