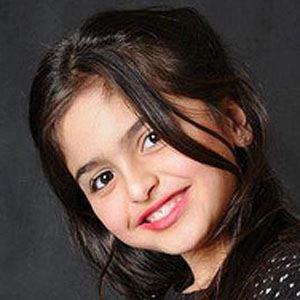 Singer who appeared on the MBC show Arab's Got Talent, during which she sang "Ma yeseh Ela Alsaheh." She launched her own cosmetics line called Hala Cosmetics.

She was discovered before the age of ten, but spent those formative years singing and obsessing over performances of her favorite singers on the internet.

Her song "I Love You Mama" became a YouTube hit, garnering over 37 million views.

She was born in Bahrain. Her mother's name is Mona al Saber. Her father, Mohamed Al Turk, has been a music producer. She has two brothers.

She featured Ahlam Alshamsi on her 2009 song "Sahih."

Hala Al Turk Is A Member Of