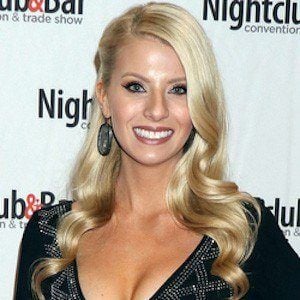 Best recognized as one half of the identical twin reality duo Haley and Emily Ferguson who first rose to fame competing on the 20th season of the Bachelor for the heart of Ben Higgins.

A former cocktail waitress, she first appeared on the reality scene in 2013 competing on Dallas Cowboys Cheerleaders: Making the Team.

She and her twin sister are Las Vegas natives. She began a relationship with hockey player Oula Palve in January 2020.

Both she and her sister lost The Bachelor to its 2016 winner Lauren Bushnell.

Haley Ferguson Is A Member Of